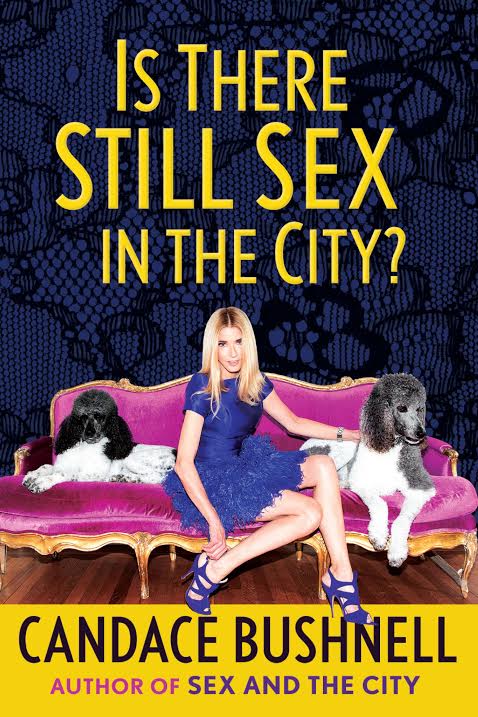 Twenty years after her sharp, seminal first book Sex and the City reshaped the landscape of pop culture and dating with its fly on the wall look at the mating rituals of the Manhattan elite, the trailblazing Candace Bushnell delivers a new book on the wilds and lows of sex and dating after fifty.

Set between the Upper East Side of Manhattan and a country enclave known as The Village, Is There Still Sex in the City? gathers Bushnell’s signature short, sharp, satirical commentaries on the love and dating habits of middle aged men and women as they continue to navigate the ever-modernizing world of relationships. Throughout, Bushnell documents 21st century dating phenomenon, such as the “Unintended Cub Situation” in which a sensible older woman suddenly becomes the love interest of a much younger man, the “Mona Lisa” Treatment—a vaginal restorative surgery often recommended to middle aged women, and what it’s really like to go on Tinder dates as a fifty something divorcee. Bushnell also updates one of her most celebrated stories from Sex and the City, “The Bicycle Boys,” a breed of New York man who was always trying to bring his bike up to women’s apartments. Once an anomaly, Bushnell charts their new ubiquitousness, in addition to where, and how to do your own man stalking via bicycle (and whether or not it’s worth it).

In Is There Still Sex in The City? Bushnell looks at love and life from all angles—marriage and children, divorce and bereavement, as well as the very real pressures on women to maintain their youth and have it all. This is a pull-no-punches social commentary and an indispensable companion to one of the most revolutionary dating books of the twentieth century.

Early Praise for Is There Still Sex in The City:

“Candace Bushnell is back doing what she knows best: chronicling the lives of women and how they find love. This time, she turns her lens on middle-aged men and women, and the result is pure magic. At turns wistful and sad, thoughtful and funny, Is There Still Sex in the City? is even better than the original.” – POPSUGAR