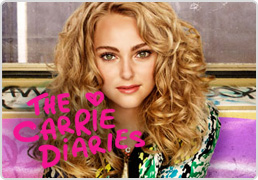 Before she was a fashion icon, before her column in the New York Star, before Mr. Big, Carrie Bradshaw was an innocent 16-year-old girl living in suburban Connecticut. The year is 1984, and Carrie’s mother has just passed away over the summer, which means Carrie has to grow up fast. Her younger sister Dorrit is more rebellious than ever, and their father Tom is overwhelmed with the responsibility of suddenly having to care for two teenage girls on his own. Carrie’s friends – sweet, geeky Mouse; sarcastic and self-assured Maggie, and sensitive Walt – make life bearable, but a suburban life in Connecticut isn’t doing much to take her mind off her troubles. Even though the arrival of a sexy new transfer student named Sebastian brings some excitement to Carrie’s world, she is struggling to move on from her grief. So when Tom offers Carrie the chance to intern at a law firm in Manhattan, she leaps at the chance.

Sex and the City II (The Movie)

The fun, the fashion, the friendship: Sex and the City 2 brings it all back and more as Carrie (Sarah Jessica Parker), Samantha (Kim Cattrall), Charlotte (Kristin Davis) and Miranda (Cynthia Nixon) come together to take another bite out of The Big Apple– and beyond–in a hilarious sequel. What happens after you say “I do?” Life is everything the ladies ever wished it would be, but it wouldn’t be Sex in the City if life didn’t hold a few more surprises. After all, sometimes you just have to get away with the girls. 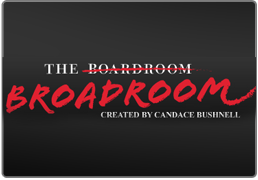 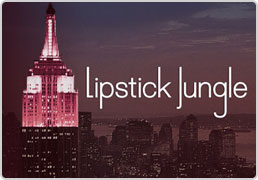 Based on the Candace Bushnell novel of the same name, Lipstick Jungle is what the ladies on Sex and the City might have been like, had they been married characters rather than New York singletons. Brooke Shields stars as Wendy Healy, a high-powered movie mogul who can’t get through a day without talking to (or lunching with) her best friends Nico Reilly (Kim Raver, 24) and Victory Ford (Lindsay Price, Beverly Hills, 90210). Nico is the editor of a high-end lifestyles magazine who is making up for her lack of a sex life at home by having an affair with a young photographer’s assistant. Victory, the trio’s single gal, is a fashion designer whose creations have fallen out of favor, but is adored by her rich boyfriend Joe Bennett (Andrew McCarthy). Each is a fixture on the annual “New York’s 50 Most Powerful Women” list, but their day-to-day problems of juggling careers with demanding personal lives (i.e., men!) are at the forefront of each episode.

Sex and the City (The Movie)

As light and frothy as the Vivienne Westwood wedding gown that’s an unofficial fifth star, the film version of Sex and the City is both captivatingly stylish and sweetly sentimental. Viewers who loved hanging with Carrie Bradshaw and her three pals during the series’ TV run will feel as though no time has passed. Except that it has: Carrie and Big are poised to make a Big Commitment; Miranda and Steve are facing the breakup of their wonderful family; Charlotte and Harry have added to their brood; and Samantha (are we sitting down?) has been devoted to hunky Smith for five full years. Still, in all that time, the women’s style, conviviality, and appetite for bons mots have only grown… Through it all, New York is a benevolent cocoon that envelopes and nurtures the women and their friendships and careers. No matter that none of them appears to have any semblance of “real” family; as long as they have each other, and Manhattan, all will be right with their world.

Sex and the City (TV Series)

Sex and the City is based on Candace Bushnell’s provocative bestselling book. Sarah Jessica Parker stars as Carrie Bradshaw, a self-described “sexual anthropologist,” who writes “Sex and the City,” a newspaper column that chronicles the state of sexual affairs of Manhattanites in this “age of un-innocence.” Her “posse,” including nice girl Charlotte (Kristin Davis), hard-edged Miranda (Cynthia Nixon), and party girl Samantha (Kim Cattrall)–not to mention her own tumultuous love life–gives Carrie plenty of column fodder. 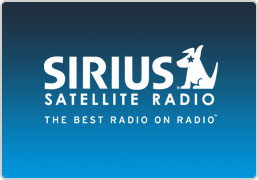